In the dictionary, sedimentation can be defined as:

the deposition or accumulation of sediment. 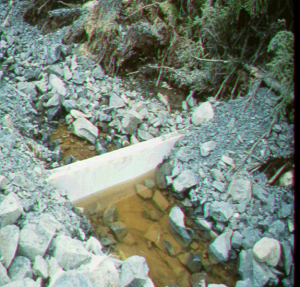 In terms of sedimentation of rivers and streams, this extends to be deposition or accumulation of sediment in the river – generally in the form of silt.  The amount of silt in a river contributes to the river’s turbidity.  But how does this affect the river’s health, or the watershed overall? 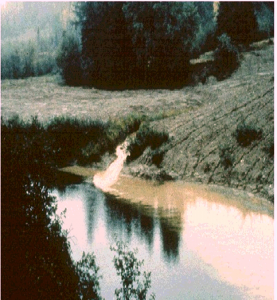 Heavy metals, dioxin, PCBs, acid rain, and pesticides are just some of the contaminants that people believe are responsible for declining trout and salmon populations in Newfoundland and Labrador.  However, one of the most common and most destructive aquatic pollutant in our waters, is silt. 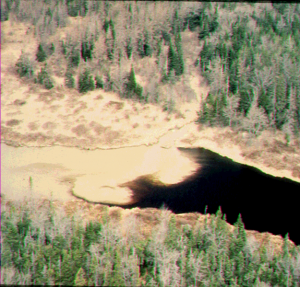 Silt can be transported long distances.  Silt originating from a very small stream can be quickly carried downstream and affect a very large portion of the entire watershed. There is no one single source of silt in our streams but rather virtually all human developments in or near the water have the potential to release silt and fine sediments in adjacent waters.

What does it impact? 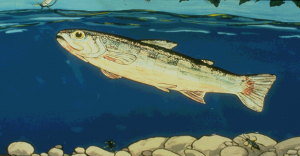 Sedimentation kills fish and impairs the river habitat. It does this by disrupting fish feeding habits, displacement of food organisms, and the abrasion of fish gill tissues. For the habitat, sedimentation may eliminates protective gravel cover, fill in pools used by fish and wildlife, or destroy spawning beds. 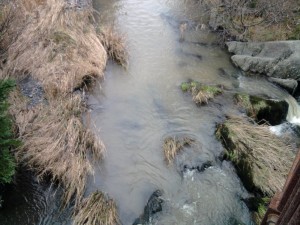 A river infiltrated by sediments will reduce visibility – impairing salmon and trout feeding or the amount of light that reaches existing plants. Sedimentation also has negative impacts to fish eggs and micro-organisms. It is also very unsightly.  These impacts, if not mitigated – can lead to serious damage to the river ecosystem.

How can sedimentation be mitigated?

For developments – by and far the easiest way is by use of silt fencing. Silt fencing – dams made of filter fabric – are temporary barriers that can provide an effective filter for sediment laden runoff from disturbed areas or ditches. The fencing has to be installed correctly though, or silted water may get around and under the fencing and continue to impact the environment.

Some cautions on the use silt fencing:

This page is made with portions from Sedimentation: The Problem and Mitigation – A Northeast Avalon ACAP presentation about sedimentation and its effects on waterbodies and habitat, including mitigation of waterway sedimentation using silt fencing.

Let's take a moment to appreciate our oceans and coastal areas today on #worldoceanday pic.twitter.com/KsYp…