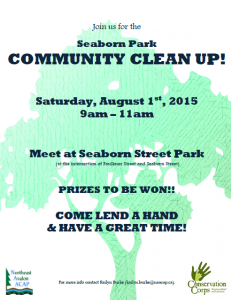 St. John’s, NL – This summer, Conservation Corps Newfoundland and Labrador (CCNL) has once again partnered with the Northeast Avalon Atlantic Coastal Action Program (NAACAP) environmental group to create a Green Team Project that focuses on the remediation of the riparian zone along the Rennie’s River/ Leary’s Brook river systems. As a part of their efforts, the team has organized a community garbage cleanup at Seaborn Street Park on August 1st, 2015, from 9:00am-11:00pm. The Team encourages members of the public to attend this event, as it is a great opportunity to help improve the health of local river systems and learn more about the Green Team project.

The Green Team’s primary area of concentration is the riparian zone of the rivers, which is the area between the water’s edge and the dry land. It is the transition zone between the river and the land and acts as a buffer between the two environments. The riparian zone is important for a river system because it filters out pollutants from the land, both physical and chemical, and it also provides nutrients and a habitat for the animals that live in the river system. 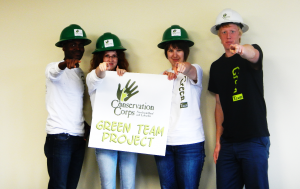 Over the past summer, we have visited more than 100 culverts around Placentia Bay and assessed more than 40 that are fish-bearing in order to help prioritize aquatic connectivity restoration efforts. pic.twitter.com/AuyU…

It is time to reveal what we have found from our Waste Capture and Audit of Catch Basin LittaTraps(TM) in downtown St. John’s! pic.twitter.com/2Vpm…

Join us virtually or in person for our 2021 Annual General Meeting. Learn about our ongoing activities, future directions, and have your say! facebook.com/events/… pic.twitter.com/omgR…

Check out this new initiative, in collaboration with @DFO_NL and @CityofStJohns, to deploy traps and audit inorganic debris that accumulates in catch basins across downtown St. John’s. naacap.ca/waste-capt…