Plastic is a part of everyday life for most Canadians and is an integrated part of the world’s economy given the material’s versatility, durability, and low manufacturing costs. However, on April 23, 2021, the Canadian Environmental Protection Act, 1999 added plastic manufactured items as a schedule 1 toxic substance. This addition was supported by increasing evidence that the release of plastic waste into the environment through activities such as littering, flooding, or accidental release (ex. Wind), poses an ecological hazard, including physical harm, to some animals and their habitat1. Given the nature of plastic pollution and the connectivity of terrestrial and aquatic ecosystems, plastic pollution that occurs on land is often carried by rainwater, to catch basins, and into streams, rivers, and oceans. There is a lack of information regarding the seasonal and spatial variability of inorganic debris, particularly macro-plastics accumulation, in downtown St. John’s. Macro-plastics, referred to as being plastic that is larger than 5mm in size, account for the majority of plastic emissions volume into oceans and warrant further examination. An approach that characterizes and quantifies macro-plastics, and their spatial and seasonal variability can provide valuable information that can inform better waste diversion and waste management practices.

In a new project that builds on the organization’s previous waste diversion and reduction initiatives, funded by Fisheries and Oceans Canada (DFO), NAACAP is communicating closely and consulting with the City of St. John’s when deploying and auditing inorganic debris that accumulates in LittaTrapsTM in catch basins at 30 locations across downtown St. John’s. This debris will be systematically collected, photographed, and categorized according to trash collection and audit protocols developed by NAACAP, in collaboration with DFO. Collection and audits will be completed on a minimum monthly basis, with more frequent collection in the first month following installation, and as needed based on debris accumulation and the occurrence of extreme weather events. Sampling will occur throughout the summer and fall of 2021 to help establish seasonal variability, if any, in debris in downtown St. John’s. 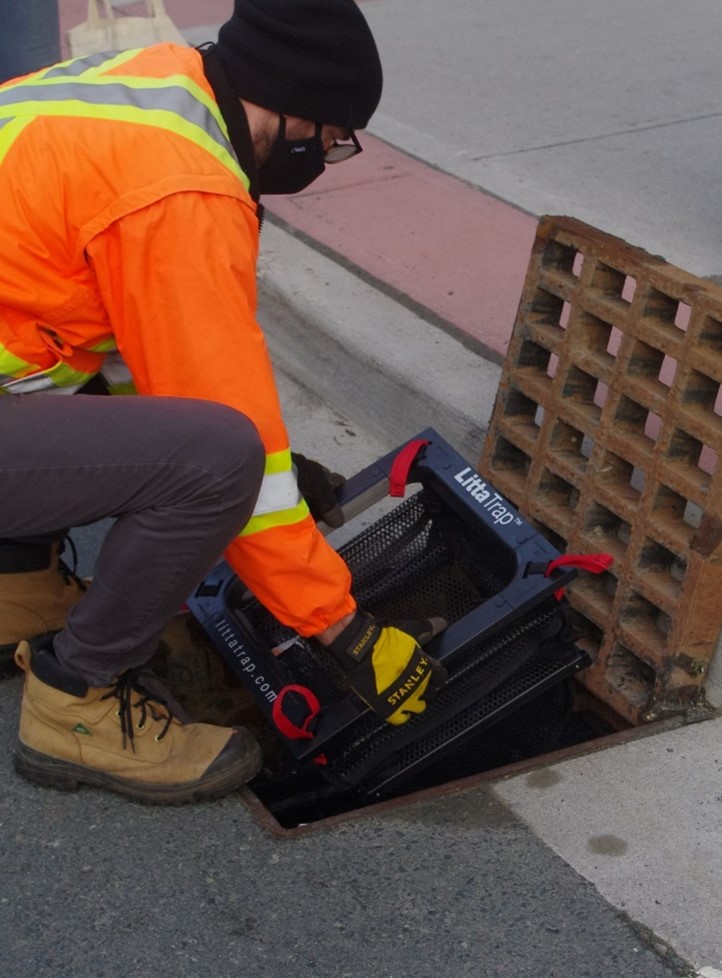 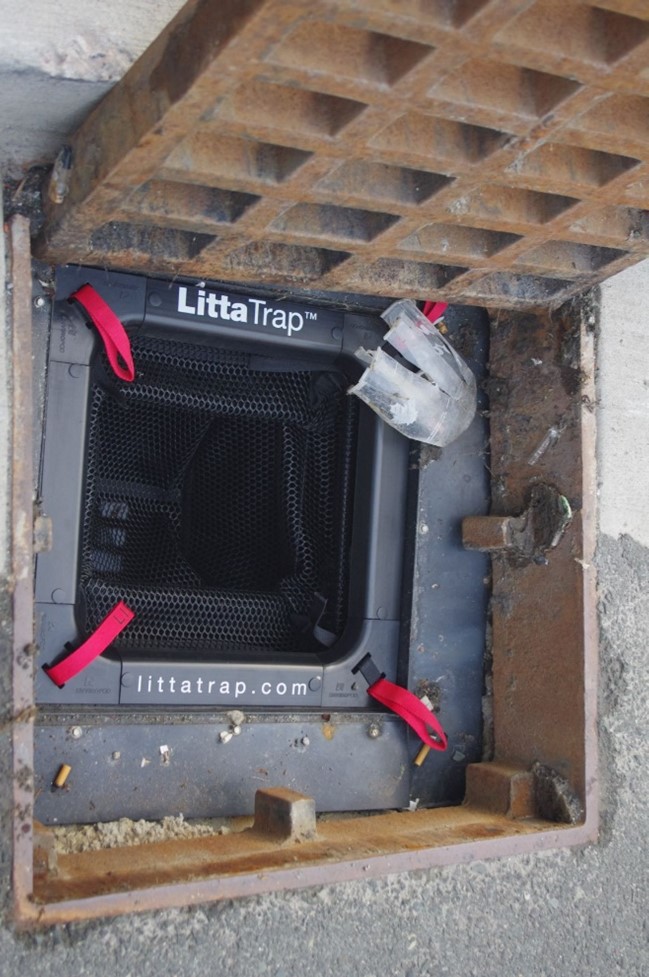 LittaTraps(TM) are comprised of a fixed framework that suspends the trap within the catch basin, and a PVC plastic guard to deflect debris into the removable basket. Traps undergo extensive strength and flood testing by the manufacturer, with a 58 kg storage capacity, and a 60 L/second water overflow bypass.

In addition to diverting inorganic waste from the ocean, and the generation of valuable insight into debris accumulation in the St. John’s urban center, this project will provide opportunities for public and industry outreach. In an effort to engage the public and local interest in marine conservation, trash audit data will be shared on social media (no data will be shared on social media with respect to individual businesses), as well as on open-source data platforms such as Marine Debris Tracker, in order to foster awareness of litter accumulation in downtown storm drains, and subsequent runoff into the St. John’s Harbour. A final report summarizing all monthly trash audit data will be created and shared on NAACAP’s website and social media upon completion of this project.

The Northeast Avalon region is the most densely populated area in Newfoundland and Labrador; it is also home to Canada’s windiest city (St. John’s) and is a region slow to make adaptations to dealing with waste. A recent garbage audit of provincial government offices by the Multi-Materials Stewardship Board (MMSB) found that, on average, employees in the province’s Confederation Building produced over 1.5 kg of garbage a day, and after organics, the largest category of waste produced there included food and beverage packaging, plastic bags, and plastic cutlery.

Beyond the confines of this and other office buildings, where waste usually finds its way to the appropriate facilities, waste in this category has an outsized representation on our streets, in our ditches and in our waterways. Plastics, plasticised cardboard, styrofoam, and other petrochemical derived products are light, often flat, and often contain food residue, making them targets for redistribution by wildlife, the wind, or both. The combination of plentiful plastic waste that comes freely available to consumers with food and products, and often inadequate on-street garbage/recycling receptacles, makes for ongoing issues around the amount of garbage in our environment. When plastic debris enters waterways, it further exacerbates urban water quality by: a) leaching chemicals to the water, b) clogging water flows, c) reducing aquatic habitat for fish and invertebrates, d) being mistaken for food by vertebrate fauna, and e) lessening the enjoyment of the area. 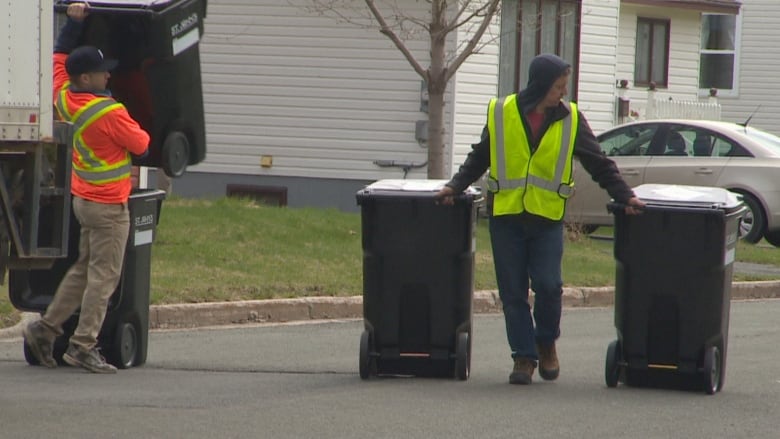 One of the factors prompting the Cities of St. John’s and Mt Pearl to switch to automated garbage pick-up was the anticipated reduction in litter offered by the new residential garbage bins (photo: Gary Locke/CBC, 2018).

This project will use two methods for removing garbage from two local watersheds – those of the Waterford and Virginia Rivers – in order to improve these target ecosystems and gather data on the types of locally generated garbage affecting our urban waterways. With this “trash data”, we will target ‘upstream’ sources of plastic pollution by engaging with local businesses on plastic packaging alternatives.

Throughout the summer, we will be organising clean-up events along the Waterford and Virginia Rivers with local schools, youth groups, community groups, or whoever else wants to roll up their sleeves with us! We will also be installing debris-collecting floating booms on each of these rivers during July and August to track and remove any floating debris making its way downstream. We’ll be helped out by a CCNL Green Team this summer, who will be coordinating and conducting clean-ups, monitoring our debris booms, keeping our “trash data” up-to-date and researching some plastic packaging alternatives for our business outreach activities this fall and winter. 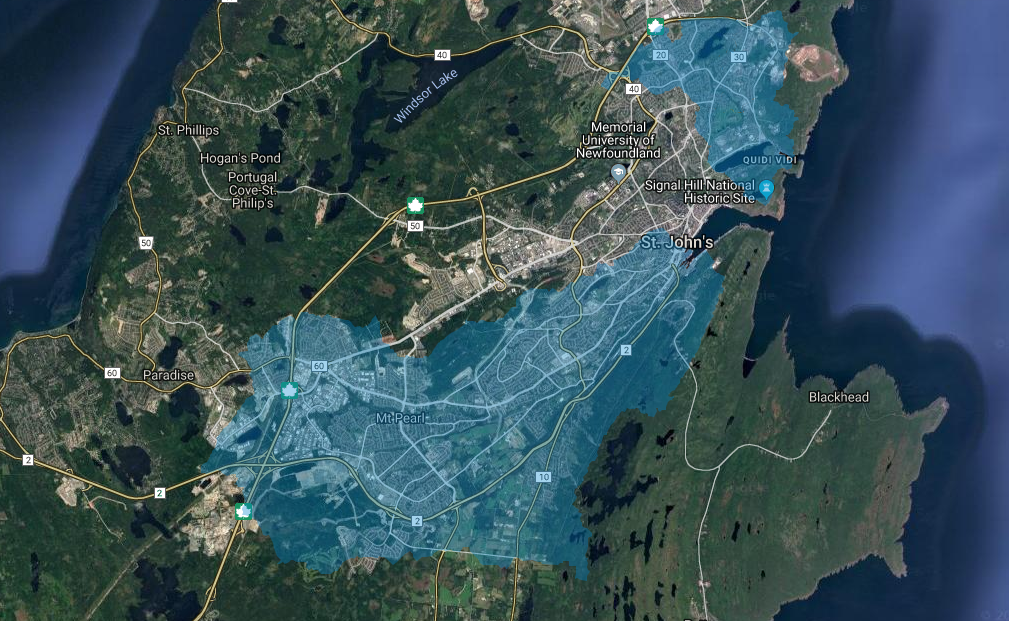 NAACAP will be focusing clean-up efforts along the Waterford River and Virginia River. We invite any groups with an interest in protecting these watersheds to reach out about organizing a clean-up!

If you’re involved with a community and/or youth group, and you’d like help organising a clean-up activity, or if you would like to help us by contributing some “trash data”, get in touch with us!

ALSO, if you’re involved with a Chamber of Commerce, Rotary Club, or other type of business group and you’d like to hear about alternatives to plastic packaging, let us know and we’ll be happy to present at one of your meetings!

Placentia Bay, on the Southeast coast of Newfoundland is formed by the Burin Peninsula on the west and the Avalon Peninsula on the East, and is the largest bay in Newfoundland. It has been identified as a Priority Area for Integrated Management Planning by the Department of Fisheries and Oceans, in part due to its status as one of Canada’s largest marine oil handling areas. This coastal area is critical to the future economic development of Newfoundland and Labrador for marine activities such as commercial fishing and aquaculture, fabrication, refining, transportation, and tourism potential. The unique geomorphology of the coast and influence of Gulf Stream waters make Placentia Bay productive habitat for marine life. This marine ecosystem is home to hundreds of species, and has provided a sustainable livelihood for indigenous people and settlers for hundreds of years. Sustainable development in this area relies upon an understanding of the health and condition of the Placentia Bay marine and coastal environment, and baseline data is an important first step in detecting changes related to management and external impacts.

NAACAP’s role in Placentia Bay is to fill a recognised data-gap by collecting and supplying baseline data for one of the six important marine ecosystem areas in the country that currently experience a high volume of traffic within the Federal Government’s Oceans Protection Plan.

To provide scientific data pertaining to the current state of the Placentia Bay, NAACAP is embarking upon a Shoreline Environmental Baseline Program focused on assessing shoreline character and seawater properties. The sampling program will be carried out at 8 representative coastal sites around the Bay, 4-times per year, over a 3 ½ -year period from October 2018 to March 2022.

NAACAP is partnering with Dr. Rachel Sipler (CRC, Chemical Oceanographer) of the Ocean Science Centre, Memorial University, the Chemical Analysis and Microbiology Laboratory at Marine Institute, Melanie Irvine, Project Geologist with the Geological Survey of NL. Together, we will be collecting and analyzing data on:

The results of this project will not only provide a publicly open source of data that can characterize ecosystems, but may also support evidence-based decision-making, such as assessments for marine spatial planning around conservation and the cumulative effects of anthropogenic activities. This baseline data will help differentiate between general background levels or conditions in the marine environment and responses to increased anthropogenic activity or climate change, and NAACAP looks forward to contributing to building capacity of key parties to collect environmental data as part of the implementation of the Oceans Protection Plan.